Don’t Miss Out! Students Get 10% Off All. Year. Round. Find out more

The Craft: Legacy’s Cailee Spaeny, Lovie Simone, Zoey Luna and Gideon Adlon Told Us Why This Sequel Is Just As Magical As The Original

The Craft has been a firm Halloween staple-watch since its release in 1996, providing us with all the style inspiration and thrills year on year. Today, we finally get a sequel to the popular movie: set in modern day times, The Craft: Legacy tells the story of an eclectic foursome of aspiring teenage witches, who use their newfound powers to turn one of their classmates ‘woke’. But soon, they have to realise they get more than they bargained for with their spells. We hopped on a Zoom call with the four lead actors – Cailee Spaeny, Lovie Simone, Zoey Luna and Gideon Adlon – to find out just how magical the energy on set really was…

Were you guys fans of the original film before this?

Lovie: I became a fan shortly before we started the project during the casting process, because that’s when I first watched the film. That’s when I knew I really wanted this role and to be a part of this world.

Zoey: Same, I watched it after my second audition and I was so in love with it. What stood out to me was the scene in the airplane, and it says ‘The Craft’ in the sky – so I was glad that our version also got that iconic yellow lettering. When I saw that I was like ‘this is a motion picture’, and I knew I had to be in it.

How would you each describe your characters and what they mean to you?

Cailee: Lily is definitely the outsider wallflower loner girl. She’s also the new girl in town. I connect with her because we were sort of going through the same things in our lives at the time. I’d just moved to LA and was looking for my own support group too. I knew Gideon before we signed onto the movie actually but I met Lovie and Zoey in Toronto and we all hit it off. Our connection really shows in the film, because in real life I was also connecting with the girls in the same ways.

Lovie: Tabby is grounding. She has a masculine side, as well as a feminine side to her. She’s chill and wise. That’s how I would describe her.

Zoey: Lourdes is very reserved, loving and super supportive. Me and her have a lot in common, as she is a trans woman just like me. A few months before filming I was kicked out, so when I was going to the auditions I was a homeless trans woman going from friend’s house to friend’s house. It was a lot to have to go through but really lead to something beautiful. I was a lot like Lourdes in high school too, but I was way more loud and way more focussed on boys.

Gideon: Frankie is the goofball, she’s always got something funny to say. I feel like that’s because being goofy is her security blanket. She has a very big heart and very motherly instincts when it comes to her friends. She gives a lot of love to her girls. She has a heart of gold.

Female friendship and women empowering each other is a big part of this story, so how would you guys describe the unique friendship these girls share?

Zoey: They’re very open with each other and wise for their age. With a lot of different intersectional identities things can get really tricky, but these girls are really mature in the way they approach this. They’re so loving towards each other. They don’t want to do magic to be famous or have ultimate power, they use their powers as something to do together and to heal. Like when Lily has her period cramps and we run this beautiful magical healing bath for her.

Lovie: I saw a picture on Instagram that really stuck with me as I’d say describes their bond really well. It said “your sisters and your friends should be your mirror as well as your opposite”. They were all mirrors of each other and have this bond because they are all different from each other – but that means they can look at things from different angles. That’s what I loved about it. We have these four girls who are just chilling, vibing and being themselves. I love that for us.

The girls use their powers to turn one of their classmates ‘woke’, is that a power you’d like to possess yourself?

Gideon: Hell yeah, imagine if we could make Trump woke! And he’d suddenly fix everything he did wrong…

Apart from that, which other powers, if any, would you like to possess?

Zoey: I wish I had the power to be as mature as Lourdes and as quiet as her. I tend to talk a lot sometimes. I wish I could just be a little bit more like her, even without the powers.

The storyline starts off quite fun and lighthearted, but then turns dark very quickly – was that something that surprised you when you first read the script?

Zoey: It made me really excited. We’d shot three different endings actually! I was so proud of this ending, and I felt like it was exactly what we needed. It’s all of us coming together instead of separately working on facing our own issues.

Lovie: I actually think that the scariest things in the film are your day-to-day scary moments, so it’s horror in the most real way. This film does a great job at modernising horror, so we can all relate to it.

Cailee: Yes, just the fears of being a woman and the horror of that. The film is really grounded in that.

What was the most fun scene to film for you guys together?

Cailee: You know which scene was so fun, our very last shot. It was 4am and it was snowing – but it was supposed to look like rain in the movie. It was a scene of all of us running down into the road screaming. We had to keep it down because people around were sleeping but we couldn’t help it. We kept bursting out in laughter and it was such a beautiful moment. Zoey and I even recreated the Dirty Dancing lift. It was all so much fun.

Gideon: It was so much fun we even totally forgot how cold out it was!

Zoey: That was actually my first time experiencing snow! So that was beautiful for me.

Lovie: I was just delirious at that point.

Why should people watch this film when it comes out?

Zoey: Plus, David Duchovny looks amazing in it. Mulder has never looked better. Everyone is so beautiful in the movie actually, it’s so fun and has some great acting. It’s visually stimulating. What else are you going to do this Halloween? Watching The Craft: Legacy, that’s what you’re doing! 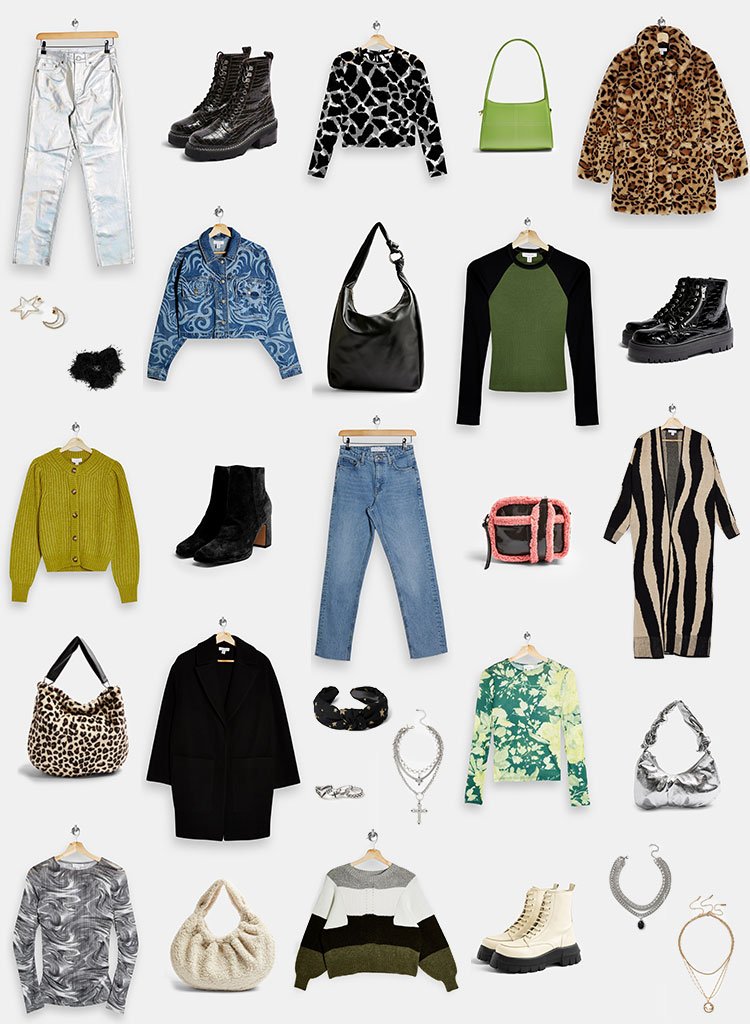 The Craft: Legacy will be released in UK cinemas from October 28th.

7 Of The Most Inspiring Non Fiction Books Of 2020

It’s Sagittarius Season! Here’s Everything You Need To Know

5 Of The Best New-Season Jeans Trends To Try Now

The Netflix Releases To Watch This January 2020

How, When And Where To Watch The Oscar Nominated Films Of 2020

Stay In The Know

Enter your email address to receive the Topshop newsletter

Welcome to the Topshop blog – a place to read about everything inspiring us from the latest fashion news to styling tips and our cultural tip-offs.